To Lose Something You Never Had - A Fathers Story 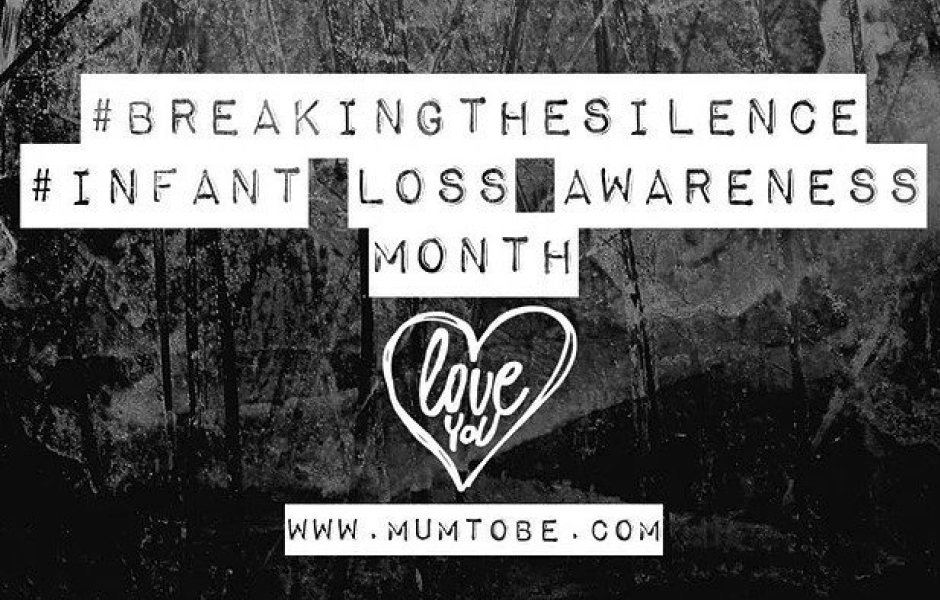 As a person, I am pre programmed to see everything in black white. I never sit on the fence and I always come to a conclusion with 100% conviction. Right or wrong, yes or no, I struggle very much with anything in between. So when faced with emotionally complex scenarios, I strive for the comfort of a definitive conclusion. But in life, due to its complexity and infinite potential eventualities, I am regularly left confused and frustrated.

Being a father is the most important thing in the world to me, my love of my family and my children is something in which I take great pride. I am extraordinarily blessed in that respect. I have 5 beautiful children and as a person, I could not be more content. But there is a shadow that follows me, not all the time, not something that I would say affects me on a grand scale, but something that keeps turning up at the strangest of times.

7 years after the birth of my first son, my girlfriend at the time, my wife now, gave me the wonderful news that we were expecting a child. I was on cloud 9, to hear that news has always been the ultimate moment for me. In an instant, you know that your life is about to change forever, that you are about to receive a gift that you will keep in your heart and under your arm forever. You instantly begin the inner dialogue, boy or girl? Like me or like their mother? Sporty or studious, maybe both? Within minutes, you've lived several different variations of their potential life, just inside your imagination.

We were both so happy, we hadn't been together very long, but our trust in each other and our circumstances meant that we had very little to worry about. My wife is, without doubt, the most impatient person I have ever known, so she insisted on an early scan, done privately, for a sneak preview! We were only 7 weeks pregnant when we first saw our beautiful baby, we heard the heart beat and saw the classic ‘jelly bean’ foetus. At that moment, unaware to what we had done to ourselves, we felt that due to the scan result and the clear bill of health, we felt we were free to share the news with people and begin to celebrate with our loved ones.

On a normal afternoon, no different from any other, I received a text from my wife saying she wasn't well and that something wasn't right. I called her straight away and could tell from her voice that something was obviously troubling her. I left work straight away and went and picked her up from her work. We drove nervously to St Mary’s, my anxiety growing, as I watched her wriggle, clearly in some discomfort. We were met at the reception of the maternity unit by possibly the most inappropriately employed person I have ever met. The receptionist tried to turn us away, she suggested that we were over reacting and told us how busy they were. She was sure that everything was okay and that we should come back another time. Lets just say that we decided that we didn't value her input and that we needed to see someone immediately. After that, we were seen very quickly, this part of the whole tragedy, retrospectively, was the worst part for me. We went into the side room and my wife was put up on the bed, they did an internal scan. I knew before my wife that it was bad news, as I was staring at the face of the nurse, as my terrified wife was staring longingly at the ceiling. I could see the turmoil in the nurses face as she worked up the bravery to tell us that she was unable to pick up a heartbeat and that unfortunately our baby was no longer.

My immediate thoughts went to my wife. It’s strange how, in a single moment, every aspect of a situation can change. Thinking back now, I swear the temperature in the room dropped. From being amazed at the technology behind a scan, I became instantly offended that my wife was on a table being prodded by a stranger. The whole situation took a sudden sinister turn. She lay there in shock and I'll never forget the look on her face. I had so much sympathy for her. I tried to talk to her and reassure her until she could re dress herself and get up and talk to me. We were both devastated, but had to talk to the nurses there about how to remove the dead foetus from her, she just looked at me and asked me what we should do, I confess, I felt as lost as she did, but I was needed and I took the lead.

The decision was made to have the vacuum treatment, where essentially the womb is hoovered out to remove all of the dead tissue from the womb. The crudeness of the technique kind of felt appropriate for the brutality of what had just happened. Unfortunately for my wife, the first procedure was botched.

In an effort to divert our minds from what had happened, we decided to go to Ikea as we had just moved house. After following those never ending arrows for about an hour and filling 2 trolleys, we were close to home, I could smell the Swedish meatballs! Thats when my wife stopped suddenly, like a dear in the headlights. "I’m bleeding" she said, she was rooted to the spot, terrified like she’d inadvertently stepped on a land mine, afraid to lift her foot incase it detonated. She began to cry. I took her to the women’s toilets and decided I couldn't care less about going in or not. I’ll save you the detail, but lets say I was seriously concerned about the amount of blood she must have lost. She was obviously totally devastated. After about 20 mins of cleaning her up, we worked up the courage to leave. Trolleys abandoned and no fucks given! After going straight back to hospital, we were told that 40% of the foetus was still in the womb and that the initial procedure was not successful. So my poor wife had to go through it all again.

After this procedure we were informed that we had had a partial molar pregnancy, which is defined as: “Where part of an apparently normal placenta overgrows (proliferates) and part develops normally. There may be a developing foetus present, but this is genetically abnormal and cannot survive outside the womb. This is where two sperm enter the egg and instead of forming twins forms an abnormal foetus.”

Something that I personally found very difficult, was quantifying my grief. As a man, I am naturally awful at these things. You don’t want to appear cold but equally, you don’t want to seem like a drama queen. You also feel that it isn’t your grief to own. Your partner has had a life growing inside of them, their body had began to change, they have had all the hopes you have and worst off all, they are still physically carrying around the baby. Loosing a baby before 12 weeks, felt to me, like something you aren't allowed to get upset about. You are told not to tell anyone before this time because so many women miscarry before this milestone. That attitude is something that I think needs adjusting as i’m pretty sure it leads to a lot of people suffering in silence. Miscarriage and early miscarriage in particular is something that I found to be shrouded in snobbery and secrecy. I realise that, in comparison to many other losses you can experience in life, it is probably quite low down on the sliding scale. It does however still feel incredibly cruel.

Whilst my girlfriend at the time was pregnant, I had planned to propose to her, to offer her security and reassurance that I would be there for her forever. Once the miscarriage had happened, I decided that now, more than ever, she still needed to know that and I proposed to her in Paris shortly after. Luckily for me, she agreed. Soon after, she fell pregnant again with my beautiful daughter who is now 1. Ironically, considering the biology behind the molar pregnancy earlier, the universe gave us an extra gift and we fell pregnant with identical twins when our daughter was just a month old.

We are currently the most blessed people I know. We love and adore our children. As mentioned earlier, my baby that never was, continues to turn up in my mind at the strangest of times. When my baby first walked, I thought of how my other baby would have walked, when my babies smile at me, I wonder how that baby would have smiled at me. But most prominently, sometimes when we are all together I wonder how that child would have fitted into my gang. I take great comfort in the thought that there is a little bit of them in all of my children and that thought always makes me smile.