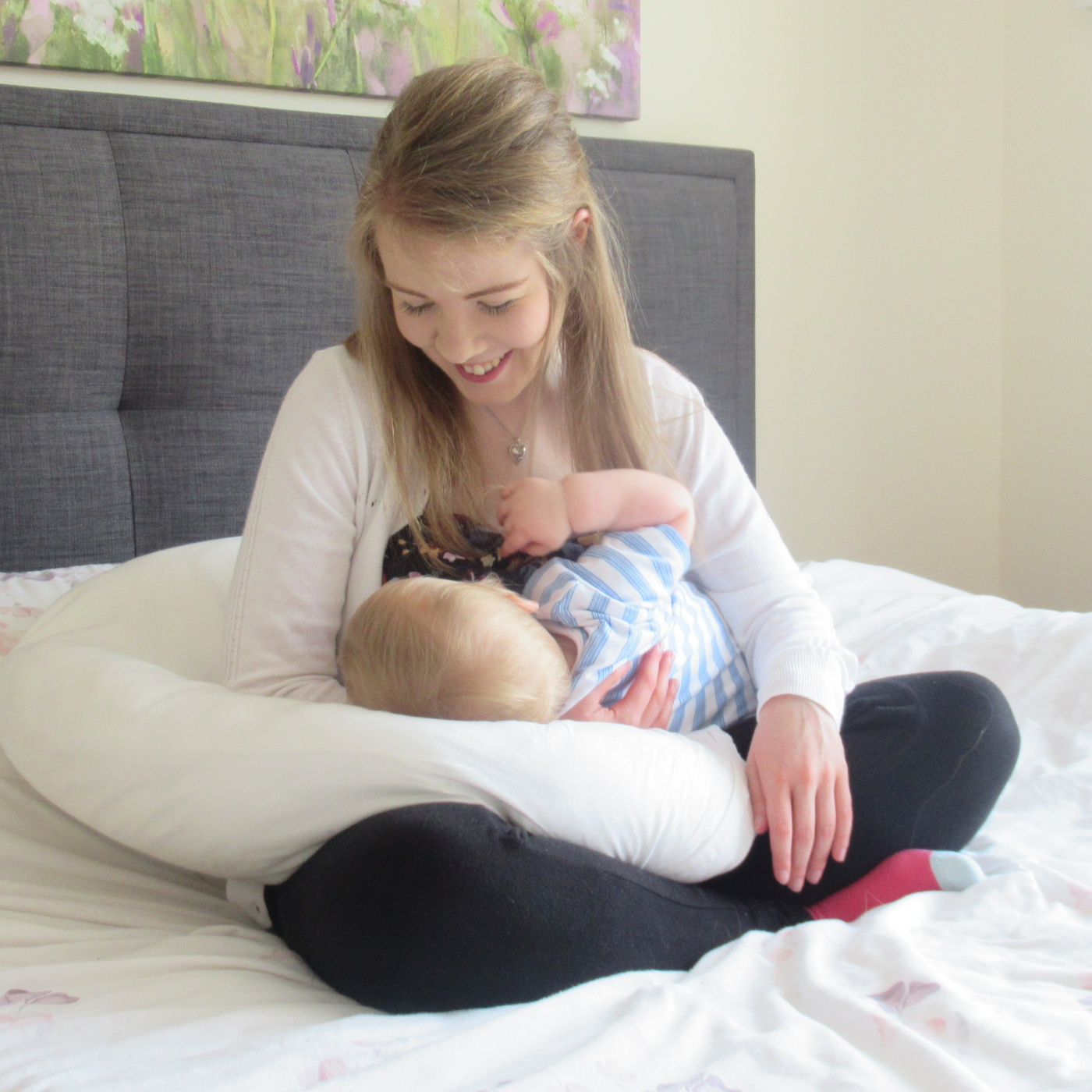 Jen from Writing with Pryde has kindly shared with Mumtobe.com a personal blog post all about her experience breastfeeding her little boy as his first birthday approaches.

Hi everyone, as I am nearly a year in to my breastfeeding journey (I can’t believe Jasper will be one next month!) I thought it would be a good time to reflect on my experience and share my story on here. Overall I have had such a positive breastfeeding experience and I feel so incredibly grateful that I was able to breastfeed Jasper at all, let alone for so long. I felt really passionately about wanting to breastfeed so I thought by sharing a positive experience it might help break some of the stigmas surrounding breastfeeding and help someone that’s pregnant who wants to breastfeed feel like they are able to. I know that breast is best but ultimately as long as your baby is fed, you have to make the decision that’s best for you and your baby and it doesn’t matter if you are unable to breastfeed or choose not to.

So I guess I should start my story with Jasper’s birth, he was born by emergency caesarean section following a several day long labour. I didn’t get to hold him, or really see him, until recovery which I was initially quite gutted about because whilst I was pregnant I had read so much about immediate skin to skin contact between you and your baby being great for getting breastfeeding started. But when he was placed on me in recovery it didn’t take too long (it felt like ages though!) until Jasper first latched on for milk and this was the start of our breastfeeding journey.

I was in hospital for a few days after Jasper was born. The days mostly consisted of trying every trick in the book (such as stroking his feet and tickling his back) to try and get him to wake up and breastfeed. The nights however were the complete opposite, all he wanted to do was feed (although he may have been using me as comfort for wind). I was so exhausted after the labour and being up all night that by 4am on the second night I agreed for the midwives to give Jasper a bottle of formula. I felt so guilty and even worse when it made him ill an hour after he had it. But it was the best decision at the time because the nights were really tough going.

The next few nights went similarly to this night and I wondered if I would be able to exclusively breastfeed him. I found there was very little support in the hospital for breastfeeding, I found that unless I could make it work then all they could do was offer me formula to give him, has anyone else experienced this? Luckily my mum was a great support because she had breastfed me and my brothers.

Eventually we were both discharged from the hospital and able to go home. Things got much better in terms of breastfeeding. I think the combination of my milk coming in and being able to have support from James in the night made a massive difference. Jasper was able to sleep on James for some of the night so I could get some sleep and James could help me wind Jasper which I was finding really difficult in the hospital because my stomach hurt after my caesarean section.

The next few weeks passed in a bit of a newborn blur which included a lot of feeding.  During this time I awaited the sore nipples that everyone talks about but for some reason mine never got sore. I have no idea why but my guess is that I must just have leathery nipples.

When Jasper was around 8 weeks old we had a spell of him sleeping for quite long periods of time, about 10pm until 6am (it didn’t last too long though!). When this happened I would usually wake up in a puddle of milk which I thought was quite funny albeit a little bit gross as it was the height of summer. My boobs would be so full that I wouldn’t be able to lie on them without it being painful. I can still remember the relief I would feel when he would finally wake up and feed!

At around 4 months in to our breastfeeding journey, Jasper became really aware of his surroundings which made his daytime feeds quite difficult. He would take himself off and on and he really became quite a social feeder. This led to a few embarrassing experiences of him leaving me exposed and milk just pouring out like a fountain! It was also around this time that I discovered breast milk collection cups were a thing and these were a real game changer for me. It meant I could collect the excess milk that would otherwise be wasted to be added to Jasper’s solid food and it also meant that not as many of our clothes got soaked with milk too. A couple of times though I fell asleep with them in and the moisture would make my boobs sore and irritated so make sure you don’t do this if you use them.

When Jasper was around 7 months old I thought I had mastitis. I won’t go in to too much detail because I have written a separate post all about it here. But if you are breastfeeding and you suspect you have mastitis, it’s important to get a doctor’s appointment as soon as you can. Luckily for me it cleared up on it’s own but it was still an eye opening experience to make sure I am more aware of these thing’s.

Up until Jasper was 10 months old, he was regularly feeding throughout the the day and in the night. But in anticipation of my return to work I have been trying really hard to reduce this down and try and get him more used to having mainly actual food throughout the day.

Now that Jasper is 11 months old, he down to having just 3 feeds during the day; first thing in the morning, mid afternoon and just before bed. Although it can be challenging at times, we are both still loving breastfeeding. I’m not sure how long we will continue to breastfed for but I hope that Jasper will just eventually self wean when he’s ready to.

When I was pregnant I really wanted to breastfeed Jasper so I just feel so thankful that I have been able to. I would love to know about your experiences of feeding your baby so please let me know on Instagram or on Twitter. If you want to ask me any questions about breastfeeding then I would be more than happy to answer them. I have also previously written a breastfeeding essentials post if you want to some more breastfeeding tips.

Jen is mum to Jasper and shares her experiences of pregnancy, birth and her journey through parenthood on writingwithpryde.home.blog